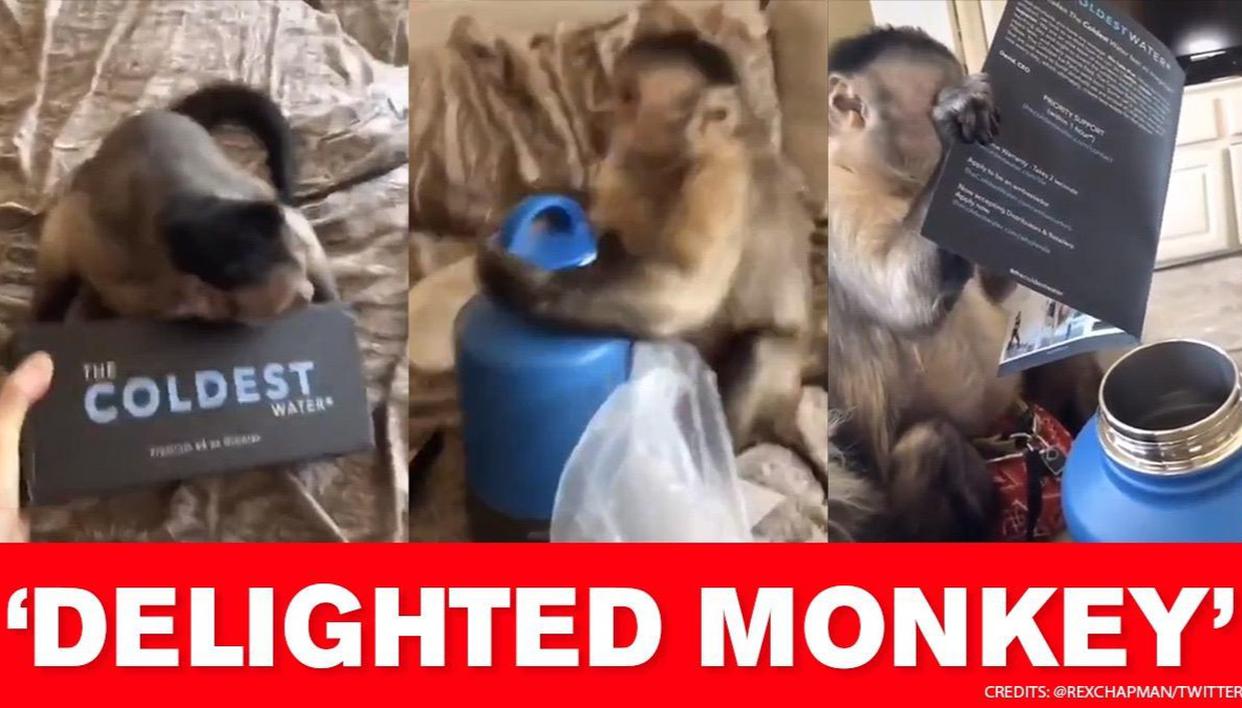 A video of a monkey unwrapping his gift has gone viral on social media and has left the netizens in splits. Uploaded on Twitter by American basketball player Rex Chapman, the video has garnered 1M views. The video shows a monkey getting a new gift while he excitedly unwraps it.

George and his thermos

The 40 second video begins when the monkey gets a gift box and he unwraps it hurriedly. As soon as he realises that it is a thermos bottle, he looks up in the camera with a huge smile on his face. He is also seen removing the plastic bag off his thermos and he opens his bottle and examines it with all his attention. Later, he can also be seen fiddling with the instructions manual book. The video has a very apt caption that reads, “George got a new thermos. Reads the instructions and all…”.

The viral video which has left the netizens in awe has manage dto gather 30.4K likes and 7.4K Retweets and comments. People have also retweeted the video, giving their own captions. While few are curious to know if he was reading the instructions other want to know why is he a pet. People have also retweeted the video saying how sweet the monkey is.

He pulled out the instructions several times. That’s crazy cool

Was George reading the instructions or just……curious. 🤣

He need to know the temperature range that the thermos supports

This is not the first time that a monkey has gained attention on social media. Few days back, a video of a cheeky monkey taking a nap while sitting under a tree has triggered laughter on the internet. The footage opens with a monkey presumably in a forest area, comfortably perched below a towering tree. The animal can be seen concentrating with its eyes closed and serious look on its face as it rests on the wooden block. In no time, the sleepyhead monkey is transported into a deep slumber unperturbed by the events in his vicinity. After several minutes of a nap, the monkey opens its eyes and looks around, pretending to not have slept at all. The footage sparked laughter in the comments as several users could relate to the monkey.

Get the latest entertainment news from India & around the world. Now follow your favourite television celebs and telly updates. Republic World is your one-stop destination for trending Bollywood news. Tune in today to stay updated with all the latest news and headlines from the world of entertainment.